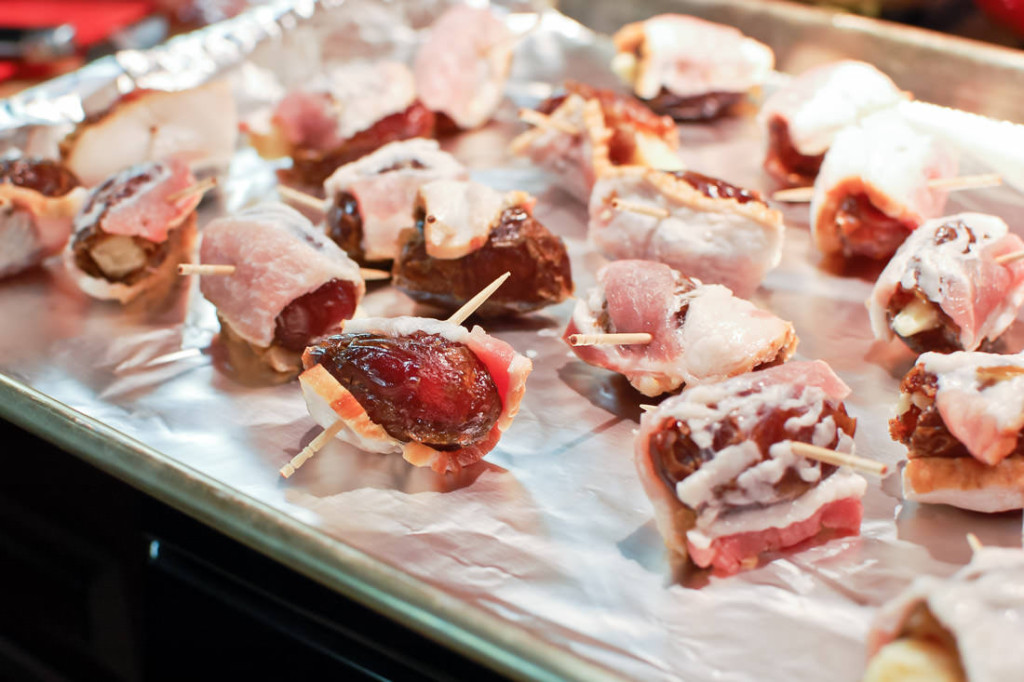 This is a story about Thanksgiving.  But it’s also a story celebrating the city of Los Angeles, new love, and that time I almost set my mother-in-law’s kitchen on fire.

I first tried the subject of this article, bacon-wrapped dates stuffed with Parmigiano-Reggiano cheese, in 2007.  That year, I was finally able to eat at A.O.C., the brainchild of beloved L.A. restauranteur Suzanne Goin and partner Caroline Styne.  When I got to the little plate of bacon-wrapped dates, I understood what all the hype was about – a mix of vibrant flavors (sweet/salty/umami) and textures (soft/crispy/chewy), the dates became the new objects of my obsession.

And yet…I didn’t get to try the dates again until 2011.  In the intervening years, I had experienced breakups with a long-term boyfriend, a long-term job, and long-term friends.  My life had changed drastically (and ultimately for the better) during those years, and I frankly hadn’t really felt motivated to cook.  In 2011, I decided to throw a party for myself, inviting girlfriends and celebrating all my life’s changes and uncertainty, both past and present.  What better time to try to revisit, and try to recreate, some old favorite dishes?  A.O.C.’s dates immediately came to mind.  Fortunately, Suzanne Goin had generously allowed the recipe to be published — but before that happened, I found Gourmet Magazine’s version, published on Epicurious, which I have made ever since.  (The main differences between the recipes, as far as I can tell: Goin’s recipe calls for Deglet Noor dates while Gourmet’s uses Medjools, Gourmet’s uses toothpicks to secure the bacon to the date, and Gourmet’s recipe calls for a higher baking temperature.  When I try Goin’s recipe, I’ll update this post.)

The bacon-wrapped dates were as good as I remembered, and forever cemented their place in my list of go-to party recipes.  As with all party recipes, the dates recipe has acquired memorable stories over the years.  Perhaps the funniest story was when I decided to make the bacon-wrapped dates as my contribution to the first Thanksgiving I celebrated with a new boyfriend’s family in 2012.  Thanksgiving being one of her favorite holidays, the new boyfriend’s mother always threw a lavish Thanksgiving party, complete with perfectly-cooked food and a beautifully-set table.  I felt shy, embarrassed, and intrusive, and when I finally got up the courage to ask for a cookie sheet on which to bake the dates, it was minutes away from dinner.  I grabbed the first cookie sheet I saw, which happened to be one of those flat sheets with a raised ridge at one end, tumbled the dates on top, and slid the sheet into the oven.  After about 10 minutes, my boyfriend’s cousin sniffed the air and wondered aloud why it smelled like smoke in the kitchen.  “I’m sure everything’s fine,” I casually dismissed her worries as I scrambled to load the other cookie sheet with dates.  Nevertheless, the cousin opened the oven to a small, yet substantial, fire caused by bacon grease dripping onto the heating element.  Family members were running through the kitchen grabbing food with which to set the table, but everyone stopped and gaped as the cousin announced, “Uh…there’s a fire!” and with a loud poof, a cloud of ash scattered in the air.  Which is a long-winded way for me to tell you the crucial lesson here: when baking bacon, always use a baking sheet that has four raised edges.

Back to the scene of the crime: I was utterly mortified.  To the credit of my boyfriend’s mother, we all had a good laugh about the oven fire.  As it turns out, I married that boyfriend…and of course, I have never been able to live down the story of how I almost set the house on fire on Thanksgiving.  My mother-in-law, good-humored as always, requests that I make the dates every year. 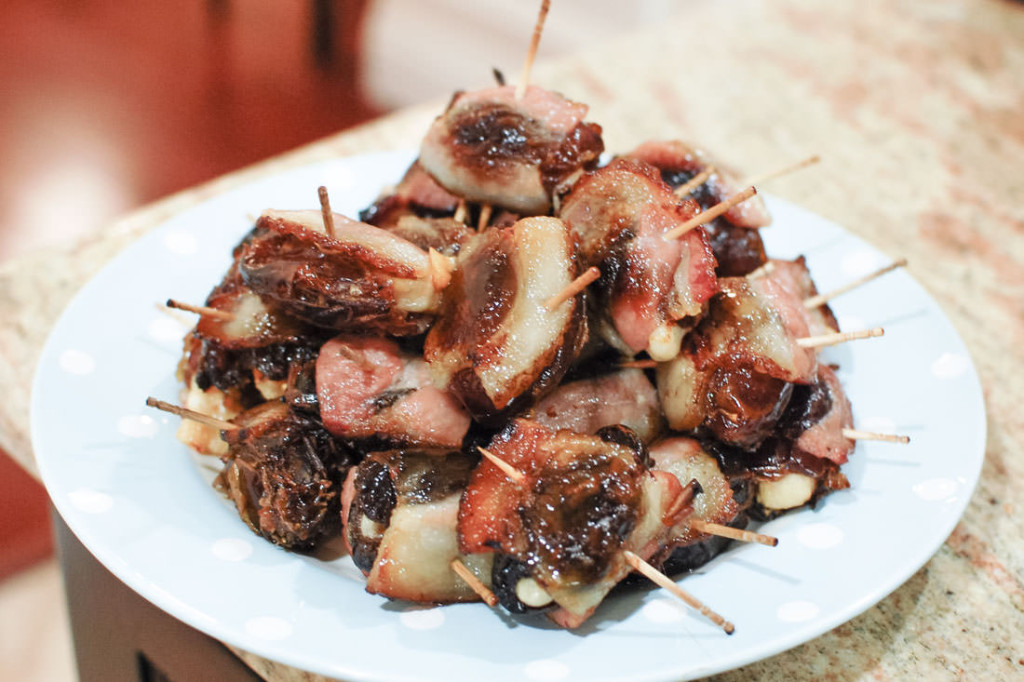 As with all my other recipe adaptations, I can’t profess to make a version that has stayed 100% true to A.O.C.’s version.  But I suppose that’s natural – any recipe, however precisely written, will transform through the lens of the cook’s preferences and tastes.  My making of the dates always bears the unmistakeable trademarks of me – I’m always rushing, always late, always two steps behind, which is reflected in the dates.  The dates always, maddeningly, take extra-long because I always want the bacon to be perfect, crispy, liberated of all of its fat, shrunken tightly to the date as if the dates were born with bacon as an outer skin, hybrid bacon-dates but never GMO, of course not.

And let’s say you’re over for dinner…I hand you a platter of just-roasted dates, you gingerly pick one up by its toothpick and you bite into the date.  It’s always too hot, so you burn the tip of your tongue and the roof of your mouth, but you’re so hungry, dammit, because you’ve been waiting for me to finish cooking for hours.  And so you plow on through the crispy-steaming-hot date because the touch of bacon to your tongue, however burning, makes you salivate and that salivation requires attending to, requires satiation.  And so you bite down, tentatively at first, and then more confidently and aggressively, the first bite of crisp bacon tempered with a core of molten-sweet date, the second bite the same except with a deeper inner core of hot, salty, crumbly Parmigiano-Reggiano, and you’re inhaling rapidly the whole time as people do when they want to cool their mouths off, but you’re also trying to chew because all the flavors are so intense and salty and sweet and smokey, and you also want to experience all the textures: soft/sticky/crunchy…so you chew and you wave your hand frantically over your mouth and you chew and then you swallow.  And you are happy.  And you reach for another date.  And another.  Until finally, the magic fades, and the bacon fat cools, and you’re left with a memory of date, a wisp of smoke, a stomach roiling with the richness of bacon-wrapped Parmigiano-stuffed dates.  And it’s at that point I hand you another platter of dates, fresh from the oven, and persuade you to eat another one, just another.

May you have happy bacon-wrapped date memories as well.  Happy Thanksgiving, dear readers. 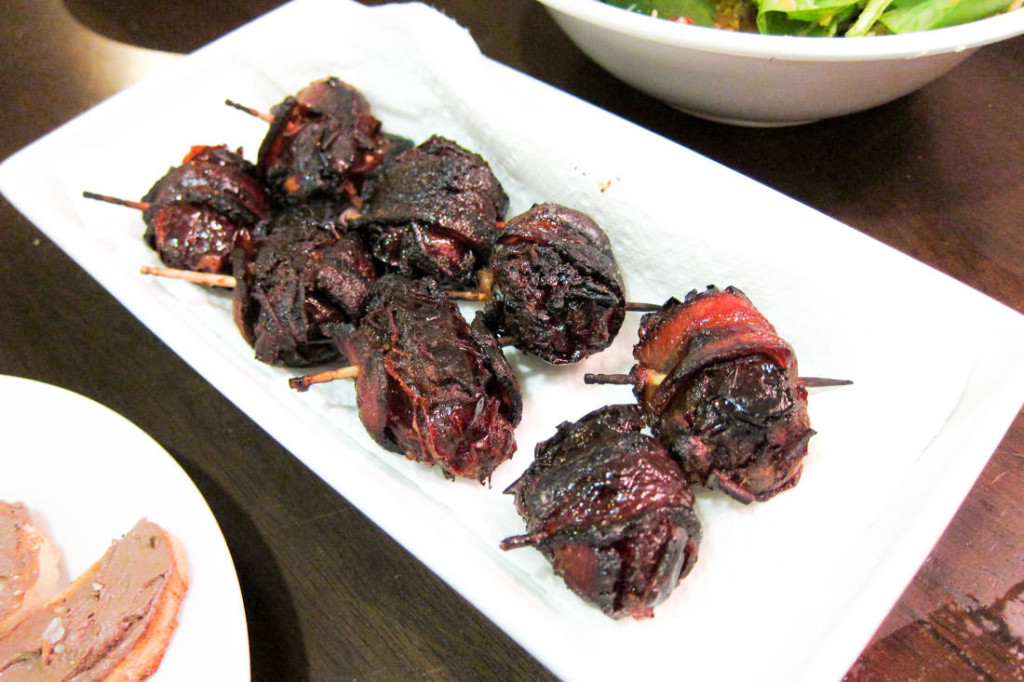 The evolution of the bacon-wrapped dates: now with crispier bacon! 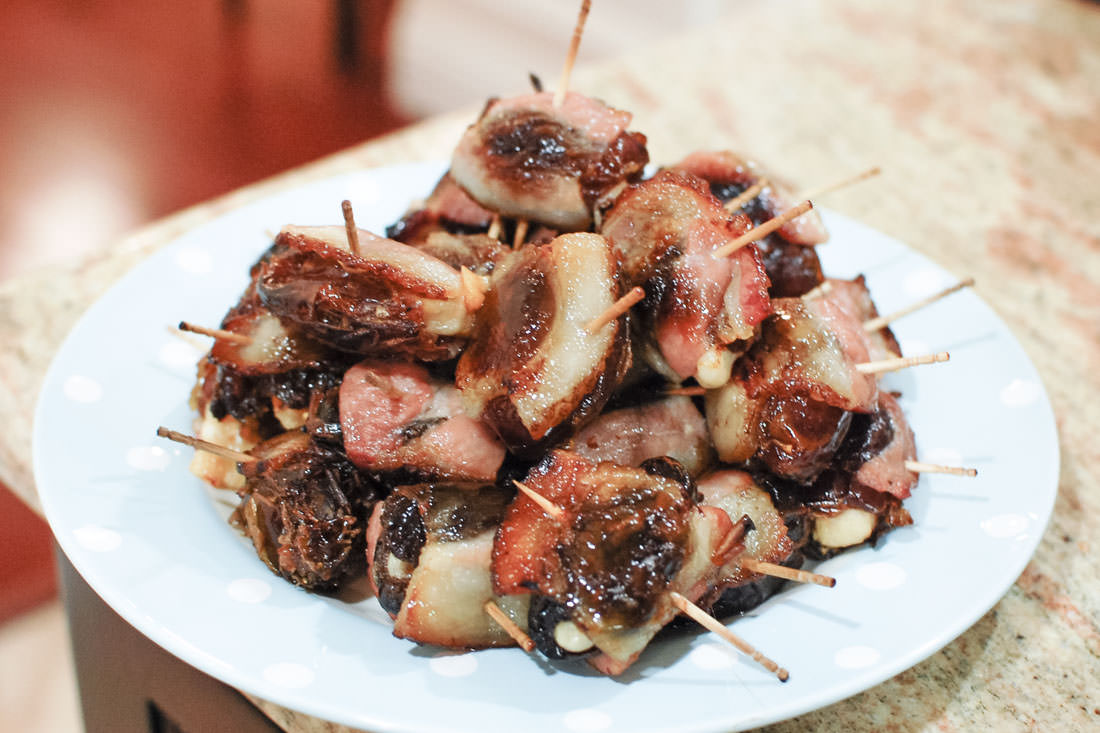 Make sure to use a baking pan with raised edges - copious amounts of bacon fat will render out, and you do NOT want to set a grease fire in your oven, as I did! If your dates are on the smaller side, feel free to stuff a smaller piece of Parmigiano-Reggiano inside the dates - err on the side of less cheese rather than more, because the bacon will also contribute saltiness, and you want the bacon, cheese, and dates to be equal partners here, rather than the dates be overwhelmed by the bacon and cheese. Use the best cheese you can find - with only three ingredients, the quality of your cheese will really shine.
appetizersbacon
November 23, 2015 by Sunny 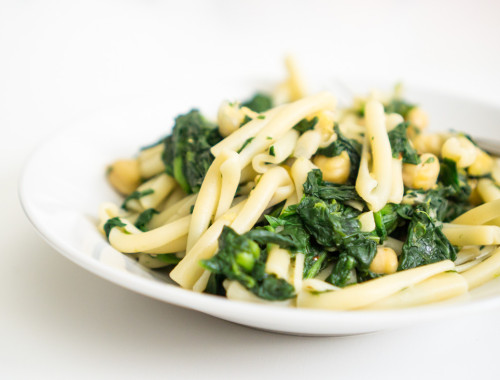 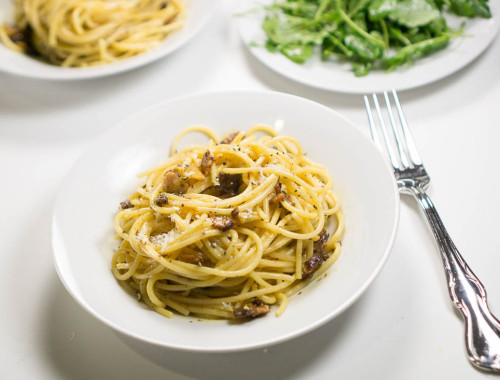 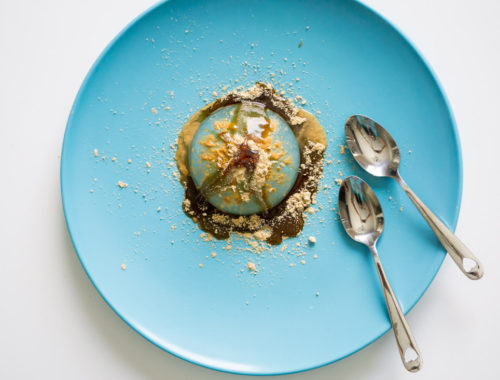